The combustibility of building materials has been covered widely in the news after some devastating tragedies.

The key difference in the new standards relating to internal wall and ceiling linings is that slotted, perforated, slatted, battened or beam systems now need to be tested as an installed system as opposed to just a finish/substrate combination, which was acceptable according to the old standard.

This test had some restrictions in respect of timber linings, mainly in relation to thickness and texture of the product tested, but no clarification was given as to what product variations or configurations the test could and could not be applied to.

Watch the video of our tests

The new standard now referenced in the NCC is AS 5637.1, which determines when the Cone Calorimeter test AS/ NZS 3837 can be used and when the full room burn test AS ISO 9705-2003 must be used.  Only one of these two standards are acceptable when testing any timber lining product or configuration.

AS 5637.1 effectively rules out the use of the previous AS/ NZS 3837 Cone Calorimeter test for any products with joints or openings (see Clause 5.3.2).  This means acoustic timber products and decorative slats/ beams now fall under the ‘full room or large scale’ test AS ISO 9705-2003, due to joints or openings existing between the timber members.

See selection of test method procedure shown in Figure 1 below.

The implication of this diagram is that all acoustic timber products, whether solid timber or composite in construction, are disqualified from using the Prediction Method or the Cone Calorimeter test AS/ NZS 3837.

You might think that this would not apply to traditional building materials, such as your usual solid timber or common timber composites like plywood and MDF.  However, these are also covered by the same standard, so even a project that only requires Fire Group 3 must still show evidence of full room testing in order to get NCC-2019 approval.

The reason for the concern is that it has been found that the surface area of a lining makes a large difference to its reaction to fire.  This has been confirmed by Supawood, who have tested materials with a visible surface area of 128% up to 328% of the lining area tested.

This creates a lot more initial heat as much more surface area is charring off, which in turn is often enough to lead directly to the second stage of combustion, where the timber is finally reduced to ash.

Note that the test standard stipulates that the failure point is when the total heat in the room reaches 1000 kW, so the quicker combustion occurs, then the quicker the flashover point, or the 1000 kW heat level is reached. Supawood slatted panels made of MDF, which is relatively fire resistant due to having a density of over 700kg/ m3, is Fire Group 3 when used in a construction that produces a surface area of 220%. Considering Cedar is nearly half this density, one realizes that certain permutations of slats may not even comply with Fire Group 3 requirements as they may reach flashover before the 120 second limit and fall within Fire Group 4 classification.

Clause 4 of Spec C1.10 states that Table 3 and AS 5637.1 must be used to determine the suitability of a material used as a wall or ceiling lining.

In order to get around the lack of fire testing done in the industry, some building surveyors are instead using a different section of the BCA, in order to demonstrate compliance.

Some Building Surveyors are still using Clause 7 and Table 4 for solid timber wall and ceiling linings.

The bottom of Table 4 refers to "Other materials” and gives Spread of Flame and Smoke Developed Indices of 9 and 8, respectively.  These indices are then taken from AS1684 for solid timber framing.

This application of the NCC negates the effect of the new AS 5637.1, which was added to improve internal building safety and prevent increased fire risk when openings and gaps in materials are utilised.

This misapplication is being used by some consultants to allow solid timber to be used in situations where normally a Fire Group 3 timber system must be used.  By the same token, a Building Surveyor could justify using a solid timber in a fire-isolated exit or fire control room. Arguing that solid timber with joints or openings is an attachment

The justification for using the incorrect clause of the BCA lies in the argument that solid timber with joints or openings is no longer a “lining”, but instead an “attachment.”

However, there are two flaws with this argument, as follows:

If you look up the definition of these terms in any dictionary, e.g. Dictionary.com, you will typically find the following:

Lining - something that is used to line another thing; a layer of material on the inner side or surface of something

Attachment - an additional or supplementary device.

We also need to bear in mind that decorative slats and beams are generally fixed with nothing but insulation behind them, covering an entire wall and ceiling, and with no other lining on the wall or ceiling.

Consider all this and it is easy to see how a judge in a court of law would conclude that a decorative slat or beam is a lining.  It is relatively rare to have timber slats fixed individually on site over another lining these days.

The standard AS 5637.1 has been called up by the BCA to determine the suitability of lining materials for walls and ceilings.

This standard has been written up entirely around the determining of fire hazard properties for wall and ceiling linings.

In this standard, it particularly mentions “joints” and “openings” in Clause 5.3.2. in relation to deciding which fire test will be suitable.

Thus, saying that a material having gaps or openings means it is no longer a “lining”, but an “attachment”, directly calls into question the very wording used in this standard. 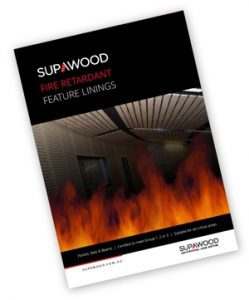 What Group Number do you need?

Questions about fire compliance and specifying interior linings? Contact Us.

No doubt the BCA could be a little clearer in its expectations, so that it is not possible to misapply their rules.  However, where a discrepancy or ambiguity is discovered, we are all responsible to make sure the real expectation is realised and followed.

Otherwise, we allow for more disasters like Grenfell to occur.

Better to determine now, what a judge would think, than wait for that court judgement to come through with your name on it. 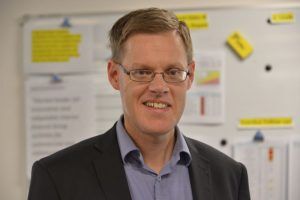