Recently, the combustibility of building materials has been covered widely in the news after some devastating tragedies.

The key difference in the new standards relating to internal wall and ceiling linings is that slotted, perforated, slatted, battened or beam systems will need to be tested as an installed system as opposed to just a finish/substrate combination, which was acceptable according to the old standard.

This test had some restrictions in respect of timber linings, mainly in relation to thickness and texture of the product tested, but no clarification was given as to what product variations or configurations the test could and couldn’t be applied to.

The new standard now referenced in the NCC is AS 5637.1, which determines when the Cone Calorimeter test AS/ NZS 3837 can be used and when the full room burn test AS ISO 9705-2003 must be used.  Only one of these two standards are acceptable when testing any particular timber lining product or configuration.

AS 5637.1 effectively rules out the use of the previous AS/ NZS 3837 Cone Calorimeter test for any products with joints or openings.  This means acoustic timber products now fall under the ‘full room or large scale’ test AS ISO 9705-2003, as joints or openings are required in order to deliver an acoustic reverberation effect.

(For comparison, note that New Zealand is still using the slightly different but a little more challenging Cone Test ISO 5660:2002, but otherwise full room tests are generally not required for internal timber linings).

As an Australian market leader in these systems, Supawood have embarked on an extensive program of systematic testing to ensure compliance to the new testing regime, while also providing designers with our characteristic flexibility of design options.

The result of three batches of internal tests, along with the results of two batches of external tests using an independent testing laboratory, revealed some interesting preliminary conclusions relevant to manufacturers of all acoustic timber lining systems.

An important fact, however, is that the NCC and AS 5637.1 do not distinguish between systems that are generically specified and built on or off site and proprietary systems that are built off site.  Both must comply with the new standards.

This means that these conclusions apply to all joiners, carpenters and builders, as well as architects and interior designers who specify generic systems.

The clause in AS 5637.1 that is causing the complications, is highlighted below.

The empirical correlations shall not be used for products or assemblies—

(b) that contain materials that melt or shrink away from a flame;

(c) with joints or openings; and

(d) with a reflective surface. 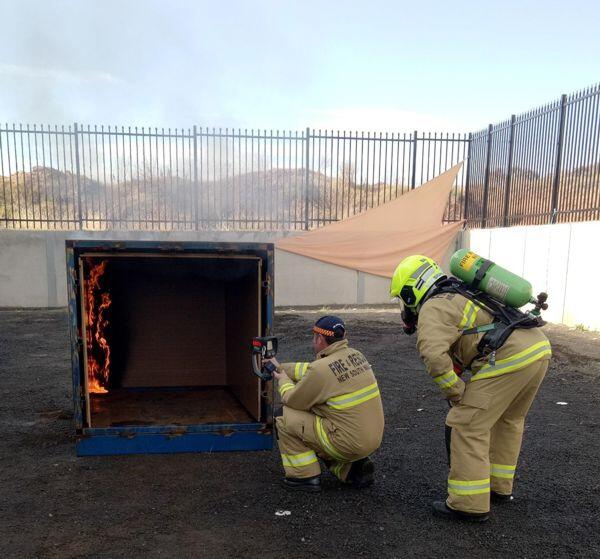 Along with the selection of test method procedure shown in Figure 1 below, this means all acoustic timber products, whether solid timber or composite in construction, are disqualified from using the Prediction Method or the Cone Calorimeter test AS/ NZS 3837. You might think that this would not apply to non-fire retarded materials, such as your usual solid timber or timber composites like plywood and MDF.  However, these are also covered by the same standard, so even a project that only requires Fire Group 3 must still show evidence of full room testing in order to get BCA approval.

The reason for the concern is that it has been found that the surface area of a lining makes a large difference to its reaction to fire.

This has been confirmed by Supawood, who have tested materials with a visible surface area of 128% up to 328% of the lining area actually tested.

This creates a lot more initial heat as much more surface area is charring off, which in turn is often sufficient to lead directly to the second stage of combustion, where the timber is finally reduced to ash.

Note that the test standard stipulates that the failure point is when the total heat in the room reaches 1000 kW, so the quicker combustion occurs, then the quicker the flashover point or the 1000 kW heat level is reached. See the table below showing a number of different non-fire retarded timber products tested in half room ISO conditions with their respective flashover points compared to the relative surface area. It is also intriguing that even non-fire retarded MDF, which is relatively fire resistant due to having a density of over 700kg/ m3, comes fairly close to Fire Group 4 when used in a construction that produces a surface area of 328%.

Considering Cedar is nearly half this density, one realizes that certain permutations of slats may not even comply with Fire Group 3 requirements as they may reach flashover before the 120 second limit.

The table below shows half ISO room test results with their respective flashover points compared to the relative surface area. Again, surface area of the construction makes a bigger difference to the flashover point than the thickness of the material or the finishes applied.

This testing confirms AS5637.1:2015 that the change to more rigorous fire testing is needed as the Cone Calorimeter test AS/ NZS 3837 cannot predict full room fire testing when there are gaps or openings in timber products.

Also, the full room burn test ISO 9705 does show correlation between increased surface area and propagation of flame in a room.

While there is more testing to be done by both SUPAWOOD and other timber panel system manufacturers, at this stage we can confirm the effect of large joints or openings in timber lining systems do reduce their fire resisting properties.

Until fire tests or overall product assessments have been produced for all or most combinations of surface area, substrate thickness and finish, it will be necessary to obtain fire engineering assessments on specific projects as these are specified.  SUPAWOOD is happy to obtain these on behalf of specifiers. 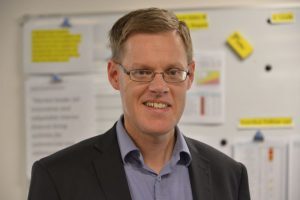